CrowdStrike sent the following Tech Alert to their customers

This campaign will highly likely include common legitimate remote administration tools (RATs) for initial access, off-the-shelf penetration testing tools for lateral movement, and the deployment of ransomware or data extortion. 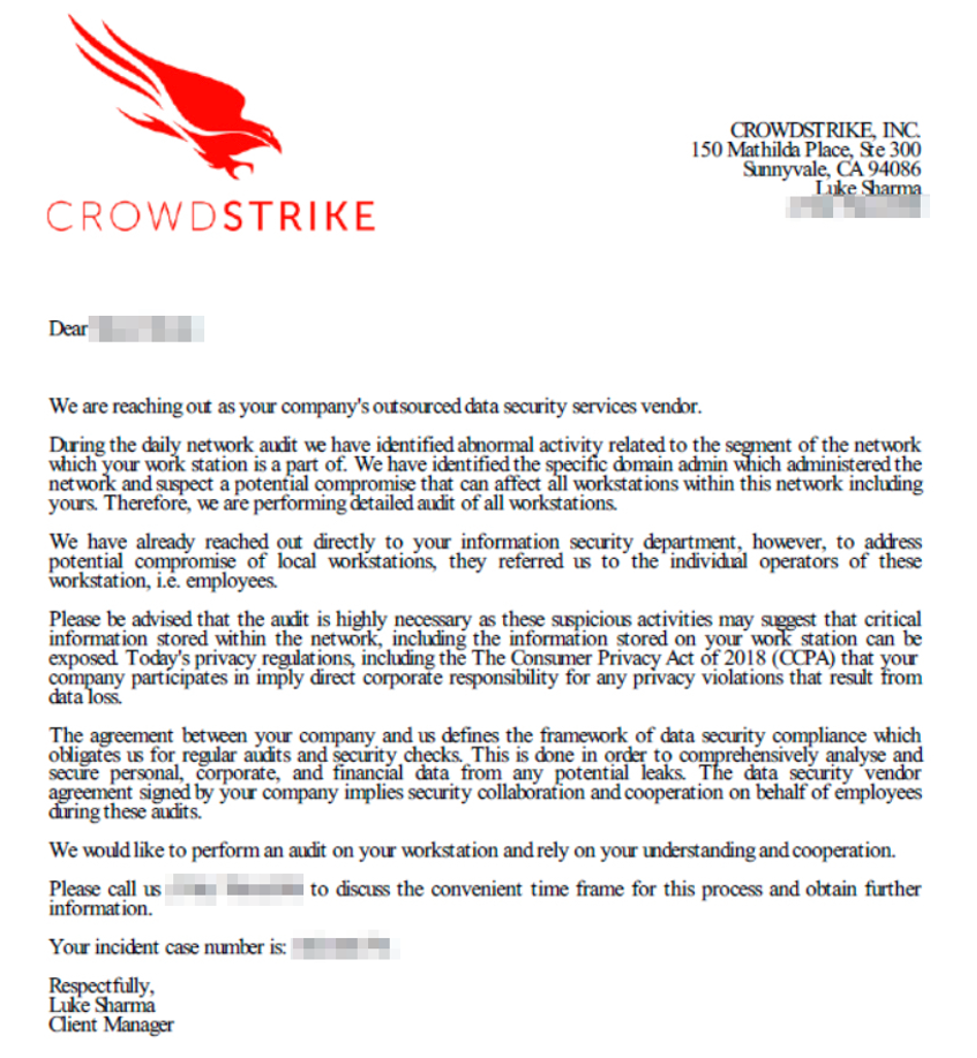 While CrowdStrike Intelligence cannot currently confirm the variant in use, the callback operators will likely use ransomware to monetize their operation. This assessment is made with moderate confidence, as 2021 BazarCall campaigns would eventually lead to Conti ransomware — though this ransomware-as-a-service (RaaS) recently ceased operations. This is the first identified callback campaign impersonating cybersecurity entities and has higher potential success given the urgent nature of cyber breaches.

Any customers receiving an email such as those in this Alert should forward phishing emails to csirt@crowdstrike.com.

KnowBe4 would like to add that practically no cybersecurity company would warn their customers this way, so training your employees to recognize social engineering attacks like this is a must.

This is a crosspost from the Crowdstrike blog, with grateful acknowledgements.