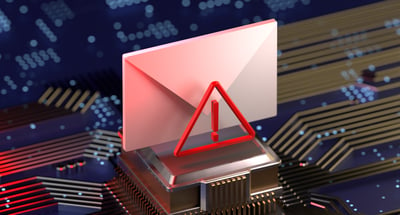 BEC scammers set their sights on payoffs in the millions of dollars, and are following the path of their ransomware counterparts by evolving services while organizations struggle to keep up.

It shouldn’t come as a surprise (if you’ve been following the evolution of cybercrime) that we’re now seeing cybercriminal gangs looking for additional ways to elevate their own work into a service that can be utilized by others. We saw ransomware-as-a-service grow in popularity over the last two years; it should be expected that other types of cybercrime would follow suit.

In an interview with ZDNet, Deputy Director of Threat Intelligence for Palo Alto’s Unit 42, Jen Miller-Osborn highlights BEC taking the same path as that of Ransomware:

“Similar to ransomware, we're seeing an increasing number of attackers getting into BEC, and we're also seeing it mature into -- like Ransomware-as-a-service -- BEC-as-a-service. They're becoming more tech-savvy. They've been in the commodity space and are starting to include publicly disclosed vulnerabilities. They're becoming more professional.”

According to an analysis of BEC attacks since 2020 by Unit 42, the average wire fraud attempted was $567,000 with the highest at over $6 million. Because these attacks are almost exclusively email-based, Unit 42 offers some best practices for mitigating such attacks, including: