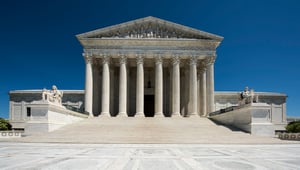 BREAKING NEWS: The upshot: This case made it all the way to the Supreme Court and sets a new precedent. A phished employee sent out 1,300 confidential employee W-2 data.

One of the employees said a fraudulent 2015 federal income tax return was filed in his name, and sued in federal court in California and sought class-action status on behalf of his fellow workers. The Supreme Court who overruled the District Court ruling that said Class Arbitration was allowed.

The ruling is a victory for Lamps Plus Inc., reversing an appeals court ruling that interpreted its accord with its workers as allowing class arbitration.

The phishing attack took place in 2016, when a Lamps Plus employee received what appeared to be an email from a colleague requesting copies of worker W-2 tax withholding forms. The duped employee responded by sending the forms of 1,300 workers. The company told the workers about the attack and offered a year of credit-monitoring services and identity counseling.

But one of the workers, Frank Varela, said a fraudulent 2015 federal income tax return was filed in his name. Varela sued in federal court in California and sought class-action status on behalf of his fellow workers. A federal trial judge said Varela had to take his claims to arbitration but could do so on a class basis. A federal appeals court affirmed, saying California state law required reading the contract to include the possibility of class arbitration.

The 5-4 ruling said courts shouldn’t allow class arbitration unless an agreement clearly authorizes that type of proceeding. It’s the latest in a line of Supreme Court decisions that have backed arbitration and helped companies avoid the prospect of costly class actions filed by workers and consumers.

As with the earlier rulings, Chief Justice John Roberts pointed to the 1925 Federal Arbitration Act, which says arbitration agreements must be enforced like any other contract.

Now, is this entirely positive? Not so fast.

If you prevent employees from litigating claims as class or collective actions you might be inflicting the death of a thousand cuts upon your organization. How so? Well, class actions lawsuits are expensive, large and unwieldy. However, they do offer the opportunity for a permanent and final settlement. Your organization had the opportunity to resolve the issue in one lone (admittedly large) case.

If you no longer have a class action available, you are forced into the alternative arbitration route, which means your employees all—or a sizable subsection—litigate in individual cases. Instead of facing one claim, your organizationwill be exposed to dozens, or hundreds, or thousands of individual claims. The problem with these is that each carries with it a relatively small amount of damages, and a large exposure for an attorneys' fee award in each case.

Note that legal fees are the number one risk factor for employers in collective actions, so would you rather expose yourself to one potential award of fees, or dozens, hundreds, or thousands? And often with arbitration fees you as an employer are are contractually obligated to pay in full. Neither option is attractive.

So, before you jump on the class-action waiver bandwagon, talk to your employment lawyer and consider whether it's in the best interest of your particular organization. Do you want one really large cut, or thousands of smaller ones?

This whole massively expensive incident could have been prevented by stepping high-risk employees through new-school security awareness training.