Survey Finds Half of Holiday Shoppers Will Avoid Hacked Stores 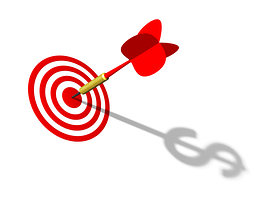 Huffington Post Survey: "As another holiday shopping frenzy nears, a new survey suggests that many consumers plan to avoid the growing number of retailers that have been hacked.

Nearly half of people -- 45 percent -- say they would “definitely not" or "probably not” shop this holiday season at retailers like Target or Home Depot that acknowledged computer breaches exposed customer credit card data, according to a survey released Monday by CreditCards.com.

In addition, 48 percent said they are more likely to use cash more often this holiday season out of concern over the numerous cyberattacks against retailers, according to the survey of 865 credit and debit card holders.

“It’s a clear sign that people are at least somewhat concerned about shopping in a place that has had a data breach,” said Matt Schulz, a senior industry analyst at Creditcards.com. full survey at HuffPost.

Another good reason to step all employees through effective security awareness training, and send them regular simulated phishing attacks to keep them on their toes with security top of mind.