Who Is The Most Dangerous Cyber Celebrity of 2014? 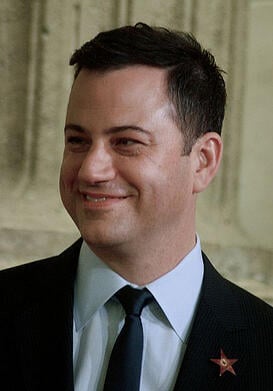 No, it's not who you think. In recent year it was always a female celebrity like Emma Watson, Heidi Klum or Cameron Diaz that lured web surfers to sites laced with malware. At the end of this item is a link to a slide show that you should send to your users, and you will surprise them with which celebs are on the list.

Somehow a male comedian has become the most dangerous celebrity to search for online, with one in five (wow) searches winding up on an infected site. Per McAfee, he is only the second male to rank number one on this list, with Brad Pitt the only other male in 2008.

"Most consumers are completely unaware of the security risks that exist when searching for celebrity and entertainment news, images and videos online, sacrificing safety for immediacy," said Gary Davis, chief consumer security evangelist at McAfee, in a statement.

Another surprise is that the Kardashians have dropped out of the Top 10. But don't be fooled: They're still dangerous. Here is the slide show!
http://www.networkworld.com/article/2688080/security/security-165087-mcafee-s-most-dangerous-cyber-celebrities-of-2014.html