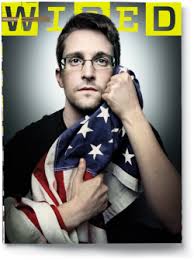 WIRED magazine had the scoop, by directly talking to Edward Snowden recently. An NSA program known as MonsterMind, currently under development, is being designed to detect and stop cyber attacks against the US; the system would also be capable of launching retaliatory cyber attacks. Described in broad terms, the program would analyze metadata to detect anomalous network traffic.

SANS Editor Murray states (and I fully agree) "Interesting 'aim.' However, it smacks of the infamous Internet "kill switch," is very dangerous, and its use might probably exceed the authority of the NSA. Operation of the Internet is best left in the hands of those professionals who do it minute by minute and day by day." Here is the whole article, very interesting reading:
http://www.wired.com/2014/08/nsa-monstermind-cyberwarfare/