Ransomware: The next 12 months 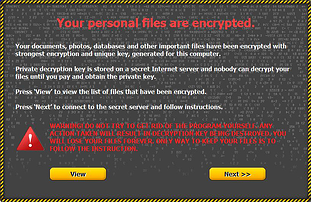 Since September 2013, ransomware has become vicious and has inspired several copycats. At the time of this writing, summer 2014, the very first strains of second-generation ransomware have been identified. The five reasons that these strains are called second generation are:

What can be expected in the next 12 months?

In general over the next year, ransomware attacks will technically get more sophisticated and be able to evade normal detection methods like antivirus and sandboxing technologies. "With target audiences so large, financing mechanisms so convenient, and cyber-talent so accessible, robust innovation in criminal technology and tactics will continue its surge forward in 2014," said Vincent Weafer, senior vice president of McAfee Labs.(*) "The emergence and evolution of advanced evasion techniques represents a new enterprise security battlefront, where the hacker’s deep knowledge of architectures and common security tactics enable attacks that are very hard to uncover." (*) Source: McAfee Labs 2014 Predictions Report

Looking at these expected developments, it is a necessity to step end-users through effective Security Awareness Training and prevent ransomware infections before they cause downtime and/or lost intellectual property. Learn more about the KnowBe4 crypto-ranson guarantee and find out how affordable this is for your organization.