Police Grapple With Cybercrime And Have Trouble Keeping Up 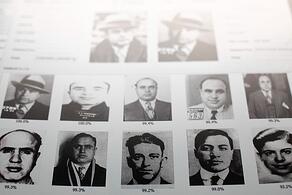 Danny Yadron at the WSJ got the picture right. State, and local law enforcement are struggling to keep up as their online case load grows. They are even gettting a hand from the FBI here and there.

He started out with this initial paragraph: "When cybercriminals stole $2.5 million from the state of Utah in 2009, authorities got most of the money back—but never could find their man.

The money was wired to a bank account in Texas, officials said, as a step before an attempt to move it overseas. Utah authorities managed to freeze much of the funding in the U.S., but couldn't figure out how the state agency got hacked and by whom, officials said. At one point, state investigators sought a man with a false name at a nonexistent address.

"It was just, for us, kind of a helpless feeling," Utah Commissioner of Public Safety Keith Squires said of the incident."

"Another hurdle: Many cyberattacks originate overseas, where state police often are unlikely to have the power to make an arrest. "Legally, I'm not going to Romania," said Lt. Mark Brown with the New York State Police. "That's where a lot of these cases are coming from." I recommend you forward this article to the powers that be. It illustrates the need for effective security awareness training. This is the link: http://on.wsj.com/1mtQ7aV