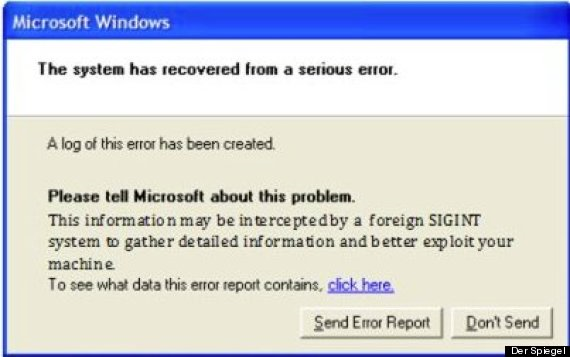 DailyMail in the UK quotes a Huffington Post article stating that the NSA is able to intercept crash messages which make it very easy for the NSA to exploit their machine. Above is a mock error message that came out of documents disclosed by Edward Snowden. The errors went to Microsoft, but also to the NSA at the same time it seems, and wind up at their controversial top hacking unit, the Tailored Access Operations (TAO) division. It's obvious that hackers can pick out interesting data out of crash reports, telling them about what versions of code are running so they can pick and choose the vulnerability they want to exploit.