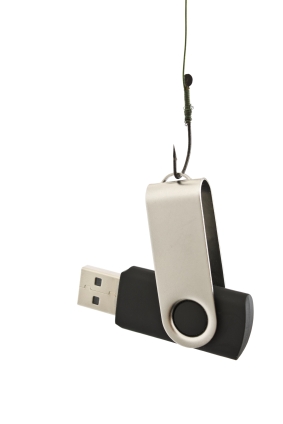 It appears that Edward Snowden used a thumb drive to exfiltrate the Top Secret files documents from NSA's network. The US DoD banned the use of flash drives in 2008 after Defense systems became infected with malware through a USB drive. That ban was lifted, but another ban was put in place 24 months later, after Bradley Manning dumped hundreds of thousands of secret communications on disks and thumb drives. These bans are supposedly difficult to enforce, they claim. Technically that is nonsense, you can lock down USB ports with software, the problem is political. For example, people whose job responsibilities require their use can use USB drives, and as a system admin, Snowden would be using USB drives all the time. Story at WIRED: