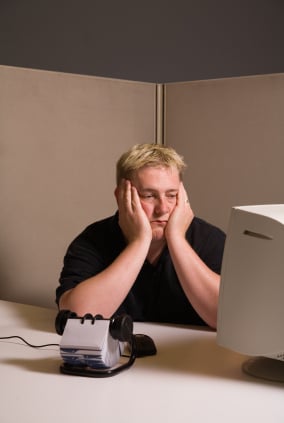 You may not be aware that there is a scale of seven deadly vices connected to social engineering. The deadliest social engineering attacks are the ones that have the highest success rates, often approaching 100%. What is the secret of these attacks, how come they succeed so well?

Your own observations show you that people are very different. Some are always enthusiastic and willing to learn something new. Others are more conservative but courteous to their co-workers. A bit further down this scale are people that always looks like they are bored with life and then at the bottom are those who just don't care and basically are in apathy about everything.

Successful social engineers first determine where their target is on this scale, and then select an attack that will have the highest degree of success with that person, trying to closely match their target's look on life.

This scale of vices can be approached from either a negative or positive side. You can either call it gullibility or you can call it trust, call it greed or self-interest, but since we're talking vices here we'll stick to the negative labels.

Here are seven social engineering attacks that I hope are a good example of each one of the deadly vices, but note there is always overlap and things are not that clear-cut. We are dealing with humans after all!

The attacker left a USB stick next to the washing basin in the restroom of the floor that had the executive offices and their administrative assistants. It was clearly marked 'Q1 Salary Updates'. The USB drive had modified malware on it that installed itself and called home from any workstation it was plugged into. This attack was 90% effective.

The attacker focused in on the CEO of his target company. He did his research, found the CEO had a relative battling cancer and was active in an anti-cancer charity. The attacker spoofed someone from the charity, asked the CEO for his feedback on a fund-raising campaign and attached an infected PDF. Mission achieved, the CEO's PC was owned and the network followed shortly after. And of course holding the door open for a stranger with his hands full of boxes is a classic 'Courtesy' piggybacking example that we all know.

Attackers identified the proper managers at two separate branches of their targeted bank. They bought a domain name that looked very similar to the bank's domain. They spoofed the bank exec's emails and sent bogus emails to the manager authorizing transaction. They walked in with a counterfeit check and a fake driver's license, and walked out with 25,000 in cash...repeatedly!

Did you know that the Nigerian 419 scams these days use the word 'Nigeria' on purpose to qualify their targets up front? It's now utilized as a filter to weed out people and grab the uneducated ones that are greedy enough to take a risk and answer the 26 year old orphan girl that has $12,500,000 in the bank, needs a guardian and some help transferring the funds...

The combined U.S. and Israeli intelligence arms created the Stuxnet malware which sabotaged Iran's Natanz uranium enrichment centrifuges. It was carried in via a simple USB attack on one of their scientists. The Mossad slipped a USB drive to the scientist who plugged the stick in his laptop at his house, went to work and there connected the laptop to the internal Natanz network. Social Engineering jumped the air-gap due to a scientist who should have known better.

A Brad Pitt look-alike walks up to the internal reception of the Human Resources Department of a French multinational's Boston office. He profusely apologizes for being a few minutes late and shows a piece of paper with coffee stains. He explains he spilled coffee over his resume and if the receptionist "pretty please with sugar" can print a fresh copy for his interview? He hands over the USB drive, the shy receptionist does not confront him with the company policy that no foreign devices are allowed on the network, quickly prints a new copy and hands him the stick back. The young man disappears to the rest rooms and the network is so owned.

Q: Which is the most useful to a social engineer? Ignorance or apathy?
A: I don’t know and I don’t care

The three employees of the shipping department all got the same generic phishing email from UPS popping into their inbox more or less at the same time. None of them took the time to hover their mouse over the link and see that the link really went to a European site with '.sk' at the end. Furthermore, not one of them 'prairie-dogged' up from their cubicle to warn the others. Two of the three clicked on the link and got their workstation infected with nasty malware that required a wipe-and-rebuild of their machines.

As you can see the genie is out of the bottle. Cybercrime has taken the concept of social engineering and it's out in the wild. So, what to do?

Vint Cerf, the father of the Internet, was quoted in a book recently. He said: "We never got to production code", which means in software developer language that the code is still in beta. In other words, the current version of the Internet is basically a beta and everyone using it needs to be aware of the dangers. Effective security awareness training is a must for employees at the office and home users alike.  Find out how affordable this is and be pleasantly surprised.

PS: A prettier version of this blog post here on SlideShare.

Hat Tip to David Harley, Kevin Mitnick, Chris Hadnagy, SANS, and many others. For more info and useful links about Social Engineering check out the WikiPedia page, and a great article by David Harley over at the cluestick site.