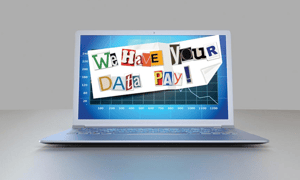 A new threat intelligence report on doxxing, researched by cybersecurity experts at Kivu, reveals that the majority of attacks occur in the U.S., with companies in the consumer sector being more likely to fall victim to such an attack.

Doxxing is the deliberate and malicious leaking of stolen data that happens once a ransomware attack has been deployed, says Kivu. Kivu, a cybersecurity solutions provider, has documented the active doxxing efforts of eight ransomware groups: Maze, REvil, DoppelPaymer, CL0P, Nephilim, Sekhmet, Mespinoza (PYSA) and RagnarLocker. A full breakdown of ransomware variant targets can be found in the report.

In What Doxxing Victims Reveal About “Targeted Attacks”, Kivu has analyzed the geographic and industry-based metrics of over 140 ransomware victims who were doxxed between February 1, 2020 and May 1, 2020. During this period, Kivu found that 55 percent of victims were based in the US, which is a stark departure from several 2019 reports that stated ransomware affects other regions of the world more frequently.

The recent findings suggest this disproportionate representation of US victims is likely the result of (a) more US victims being targeted, (b) more US victims refusing to pay, and (c) the geographic preferences of ransomware’s malware partners becoming more focused on the US in recent years.

Kivu’s analysis of industry-based trends revealed that the most commonly attacked business (30 percent of all attacks) fell within the consumer sector, which is comprised of non-essential goods and services such as retail, accounting services, and entertainment. Kivu concluded the profiles of doxxed victims demonstrated that companies are not being targeted based on how high profile they are or the kind of data they store, but instead are first and most targeted because of a vulnerability in their network.

The full report can be accessed here. Security Magazine has the full story: https://www.securitymagazine.com/articles/92511-new-report-on-doxxing-exposes-cyber-threat-actors-trends