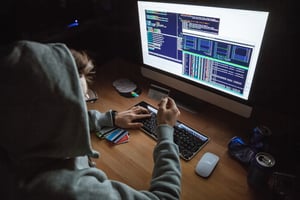 The Dallas-based payroll firm BenefitMall announced on January 4 that nearly 112,000 customers may have had their personal information exposed during a four-month long data breach.

The breach was discovered on October 11, when the company realized that several internal email accounts had been compromised by phishing attacks. The company brought in a third-party forensics team, which found that the initial compromise occurred in June 2018. The attacker gained access to additional accounts in the months that followed.

In a press release, BenefitMall stated that the “emails in the affected mailboxes may have included consumers' names, addresses, Social Security numbers, dates of birth, bank account numbers, and information relating to payment of insurance premiums.” The company didn’t explain why it took so long to notify customers after the breach was discovered, but says it’s working with law enforcement to investigate the incident.

BenefitMall stated that it’s put new security measures in place, such as two-factor authentication, to protect its email accounts from future attacks. The company is also committing itself to ongoing education and training programs to help its employees recognize phishing emails.

While these are steps in the right direction, organizations should implement these measures before they experience a data breach. New-school security awareness training can help your employees identify and report phishing attempts when they occur. HealthITSecurity has the story: