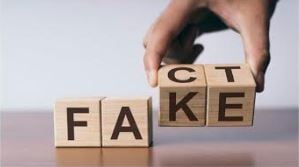 The Central Bank of Malta has issued a statement warning people about a bitcoin phishing scam being pushed by a spoofed news website, the Times of Malta reports. The site imitated a legitimate news outlet and attributed fake quotes to real people. The bank didn’t provide many details about the scam, but it presumably involved using social engineering to trick people into transferring bitcoin to a fraudulent account.

“A phishing attempt has been identified from a website promoting Bitcoin,” the bank’s statement says. “This completely fake report purports to be from an actual news website, Net News, and features a quote from the Central Bank of Malta Governor, Mario Vella, as well as the former TVM journalist Norma Saliba, all of whom confirm that the content was completely fabricated.”

Scammers frequently create fake articles and social media accounts to add legitimacy to their schemes. They’ve even been known to edit Wikipedia pages to support their stories. Potential victims are much more likely to fall for a scam if they hear about it from an apparently legitimate source. This is why the scammers in this case quoted figures of authority, including the governor of the Central Bank of Malta, in their fake article.

The bank added that people should always be cautious when they encounter any money-related claims, especially if they seem too good to be true.

“This is not the first instance of recognisable names being used to promote Bitcoin products,” the statement continues. “The Central Bank of Malta warns the public to beware of phishing attempts, in particular when linked to investment advice.”

People need to be able to think outside of the box when it comes to social engineering. New-school security awareness training can teach your employees to constantly be on the lookout for scams and to thoroughly vet suspicious claims.

The Times of Malta has the story: https://timesofmalta.com/articles/view/central-bank-warning-on-phishing-attempt.761733