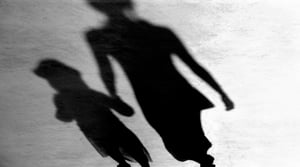 A woman in Wales lost £1,000 to a scammer who posed as a police officer and threatened that she would lose her children if she didn’t pay the money within an hour, Wales Online reports. The scammer called the woman and told her there was a warrant for her arrest due to unpaid taxes. He informed her that she was facing up to five years in prison unless she paid immediately.

The scammer stayed on the phone with the woman while she drove to two separate banks to deposit the money. After she transferred the money, she realized she’d been scammed, but the fraudster called her again the next day to try and convince her she still owed more money.

“Even though I knew I’d been scammed he was so convincing again that I was starting to doubt myself again,” the woman said. “That’s how good these people are at what they do.”

Fortunately, the woman was able to get her money back, but she warned that people are more vulnerable to these scams than they think.

“You hear a lot about people falling for these scams, but you always think it will never happen to you because you’re switched on and not vulnerable to it,” she said. “But my experience just goes to show, if it can happen to me, it can happen to anyone.”

Detective Constable Lyndsey Rice of the South Wales Police told Wales Online that scammers take advantage of people’s fears. In this case, the criminal exploited the victim’s fear of having her children taken from her.

“This case proves that there is no such thing as a typical victim; these fraudsters are well practiced and are extremely manipulative and convincing,” Detective Constable Rice said. “Victims of these scams often feel embarrassed that they’ve fallen for them, but the fraudsters concerned are calculated and, as in this case, often prey on specific fears and vulnerabilities.”

Scammers won’t hesitate to sink lower than you can imagine, and you need to be on the lookout for this type of manipulation. New-school security awareness training can prepare you and your employees to resist all kinds of social engineering attacks. Wales Online has the story: https://www.walesonline.co.uk/news/wales-news/swansea-mum-scammed-out-1000-17065476