Alexa and Google Home abused to eavesdrop and phish passwords 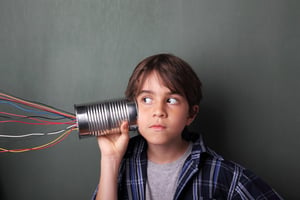 Ars Technica is on a roll lately with some very good articles! Here is another one that made me go "Yikes!"

"By now, the privacy threats posed by Amazon Alexa and Google Home are common knowledge. Workers for both companies routinely listen to audio of users—recordings of which can be kept forever—and the sounds the devices capture can be used in criminal trials.

The skills or actions posed as simple apps for checking horoscopes, with the exception of one, which masqueraded as a random-number generator. Behind the scenes, these "smart spies," as the researchers call them, surreptitiously eavesdropped on users and phished for their passwords.

"It was always clear that those voice assistants have privacy implications—with Google and Amazon receiving your speech, and this possibly being triggered on accident sometimes," Fabian Bräunlein, senior security consultant at SRLabs, told me. "We now show that, not only the manufacturers, but... also hackers can abuse those voice assistants to intrude on someone's privacy."

The eavesdropping apps responded with the requested information while the phishing apps gave a fake error message. Then the apps gave the impression they were no longer running when they, in fact, silently waited for the next phase of the attack.

As the following two videos show, the eavesdropping apps gave the expected responses and then went silent. In one case, an app went silent because the task was completed, and, in another instance, an app went silent because the user gave the command "stop," which Alexa uses to terminate apps. But the apps quietly logged all conversations within earshot of the device and sent a copy to a developer-designated server."

Here is the full article with much more detail and example videos. Imagine how this can be used to hack into accounts...