A Novel Form of Homographic Attack 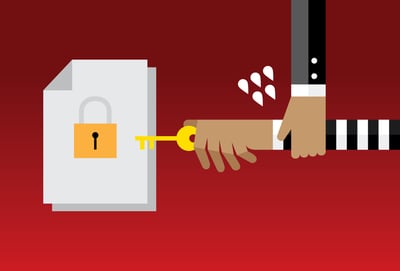 A phishing campaign is using mathematical symbols to impersonate Verizon’s logo, according to researchers at Verizon. The emails use either a red square root symbol or a logical NOR operator instead of Verizon’s red checkmark.

“All three types masqueraded as voicemail notifications,” INKY says. “Verizon does provide voicemail services, including notifications. Clicking on the button (black or red, depending on the version) prominently displaying the text “Play >” (made up of the word plus a close-angle-bracket character) led to a site that appeared to be Verizon's, but was in fact a malicious impersonation. The phishers were easily able to steal separate HTML and CSS elements from Verizon’s real site to put together a custom job that included a correct version of the logo!”

The researchers note that the phishing site appeared identical to Verizon’s real site, and was designed to harvest users’ Office 365 credentials.

“The phishers sent phishing emails from Gmail accounts because they were able to pass standard email authentication (SPF, DKIM, and DMARC),” INKY writes, “The malicious site was brand new and presented zero-day vulnerabilities; they had never been seen before and did not appear in threat intelligence feeds commonly referenced by legacy anti-phishing tools. Without a blemish, this site did not look malicious.”

INKY says users should be wary of emails that purport to be official company communications but are sent from free email services.

“Email recipients are advised to be suspicious of voicemail notifications coming from Gmail or other free email providers such as Yahoo, AOL, or Hotmail,” INKY says. “They should also distrust emails that claim to be from Verizon but come from a Gmail sender. Also, in many cases, they can look at the URL of a site that purports to be Verizon to see whether Verizon actually hosts it. This type of analysis will sometimes lead to false positives if a large company uses a smaller firm for marketing support. They should also be wary if a site asks them to enter Microsoft credentials to view notifications from Verizon (or any other brand).”