61% Of IT Pros Have Experienced A Serious Data Breach And Many Are Blamed For It. 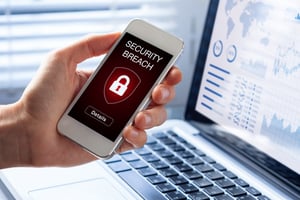 Despite improvements in cybersecurity efforts, IT security professionals still struggle to protect their organizations from breaches, according to a Tuesday report from McAfee. Some 61% of IT security pros said they have experienced a serious data breach at their current employer.

These breaches are becoming a more serious issue, as hackers increasingly target intellectual property, putting a company's reputation and finances at risk, the report noted.

Cybercriminals are using a wider variety of methods to steal corporate data, the report found. The top vectors used to do this today are:

IT Teams Are Often Blamed

When a breach does occur, IT teams are often blamed, as 52% of respondents said IT was at fault for creating the most data leakage events, the report found. However, a rift exists in terms of cybersecurity accountability: 55% of IT professionals said they believed that C-level executives should lose their jobs if a breach is serious enough, yet 61% also said that C-level executives they work with expect more lenient security policies for themselves, the report found. This disparity in expectations results in more breaches 65% of the time, IT professionals reported. Full article at TechRepublic