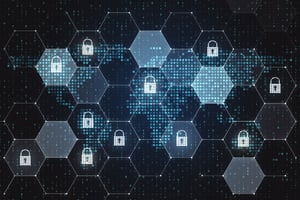 It’s Cyber Security Awareness Month  which is a great time of year for everyone to dispense security wisdom like Oprah giving away cars.

But looking back at some of the blogs I’ve written over the years, particularly around Cyber Security Awareness Month, and dare I say, some of my peers, there’s a bit of an issue -- and that is that we’re often so focussed on showcasing our cyber security knowledge that it can be easy to forget who the knowledge is intended for.

The effect can be visualised by the following chart:

It’s important that as security professionals we use the opportunities presented by Cyber Security Awareness Month wisely, and communicate better. Below are five tips which have helped me, and may be of use to you too.

We aren’t trying to make everyone a cyber security expert during Cyber Security Awareness Month, and such a goal is unachievable. What we do want, is for people to make better risk decisions with new-school security awareness training and know who to go to when they are in any doubt. If we can help people to be even 1% more secure during October than they were last month, then that in itself makes Cyber Security Awareness Month worth it.