2018: The Year of the Data Breach Tsunami [INFOGRAPHIC] 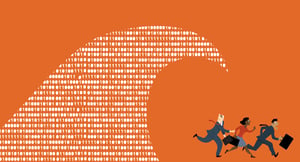 Our friends at Malwarebytes wrote: "It’s tough to remember all of the data breaches that happened in 2018. But when you look at the largest and most impactful ones that were reported throughout the year, it paints a grim picture about the state of data security today.

The consequences of major companies leaking sensitive data are many. For consumers, it represents a loss of privacy, potential identity theft, and countless hours repairing the damage to devices. And it’s costly for companies, too, in the form of bad press and the resulting damage to their reputation, as well as time and money spent to remediate the breach and ensure customers’ data is well secured in the future.

But despite the well-known costs of data breaches, the problem of leaky data isn’t getting better. While there were a greater number of breaches in 2017, 2018 saw breaches on a more massive scale and from marquee players, such as Facebook, Under Armor, Quora, and Panera Bread. Cybercriminals stole sensitive personally identifiable information (PII) from users, including email and physical addresses, passwords, credit card numbers, phone numbers, travel itineraries, passport data, and more.

You’d think these problems would cause companies to be extra diligent about discovering data breaches, but that doesn’t seem to be case. In reality, companies rarely discover data breaches themselves. According to Risk Based Security, only 13 percent of data breaches are discovered internally.

To help people better understand the modern problem of data breaches, TruthFinder created this infographic. It clarifies the extent of the crisis using statistics from the Identity Theft Threat Center and Experian. Take a look at the infographic below to get sense of why 2018 was the year of the data breach tsunami."

Cross-posted from the Malwarebytes blog with grateful acknowledgments.

Contain Data Breaches In Minutes Instead Of Months

We are excited to announce the release of PhishER, a new product that’s a huge time-saver for your Incident Response team. It's surprisingly affordable. 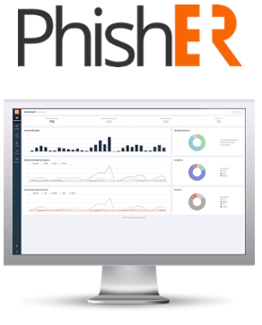 PhishER helps you with two things:

Product Demo Webinar
Take 30 minutes and watch the new product demo. See how much time you can save every day: https://info.knowbe4.com/phisher-demo-on-demand

Check out the no-charge Phish Alert Button mentioned in the webinar...

Do your users know what to do when they receive a suspicious email? Should they call the help desk, or forward it? Should they forward to IT including all headers? Delete and not report it, forfeiting a possible early warning?

KnowBe4’s no-charge—yes, you read that right—Phish Alert Button gives your users a safe way to forward email threats to the security team for analysis and deletes the email from the user's inbox to prevent future exposure. All with just one click!

Not using the free Phish Alert Button?
Give Your Employees a Safe Way to Report Phishing Attacks with One Click