Security and Gender: The Gaps Are Not Where You Expect 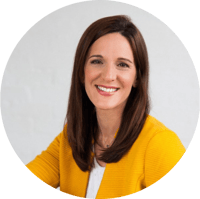 The 2022 KnowBe4 Women’s Day Survey interviewed more than 200 women from across the technology industry in South Africa to find out more about how they perceive the industry, the gender gap and discrimination. The survey focused on some of the key challenges traditionally experienced by women in the IT and technology sectors and interviewed women ranging in age from 25-54.

The survey also found that while discrimination was not perceived as a significant issue while at work, it was listed as one of the biggest challenges that women faced when joining the industry. Around 28% of women cited discrimination as an inhibitor to work, 31% highlighted sexism, and 33% felt that they were not taken seriously enough in the industry. Concerningly, 28% were frustrated at being assigned roles that were not related to their jobs such as taking meeting minutes.

Anna Collard, SVP of Content Strategy and Evangelist KnowBe4 Africa says, “The results shed some positive light on our industry where women are increasingly given more opportunities and richer support. This support comes in the form of roles that allow for job satisfaction, flexibility, colleagues and from senior women within the sector who offer them guidance and mentorship.”

Of the women surveyed 22.5% joined the industry because they had a good role model while 72.5% did so because they always had an interest in technology. None of the participants selected the option for ‘it’s a male dominated industry and I wanted to show that women can also dominate any industry’ nor did they select ‘I didn’t know what career to choose’.

The latter two are telling as they show a mindset of personal success that is focused on gaining traction in the technology industry because it is an interesting and compelling career choice. This is reflected in the 95% positive response to the question of how satisfied the respondents are in their technology jobs.

“Women are drawn to this career and enjoy working in this space,” says Collard. “They thrive on the challenges it presents and the opportunities it gives them. This is why it’s important for companies to address the issues that remain such as not being taken as seriously as their male colleagues or being assigned mundane tasks more often perceived as ‘female roles’. There also needs to be a concerted effort to make the technology and cyber security professions more enticing to young women and girls.”

The survey found that nearly 60% of respondents felt that science, technology, engineering and maths need to become available to girls early in their school curriculum, and 51% believe that cybersecurity needs to become more accessible as a whole. The latter requires more understanding and opportunity at a grassroots level to not only level the gender playing field but to address a rapidly growing skills gap.

An impressive 78% said that it is important to mentor young women early in their careers – a much-needed approach that would make access to the industry more inclusive and far less daunting for young women. This is echoed by the need for female role models - 56% believe there need to be more female role models, 22.5% went into technology because of a great role model, and 64% advocate for finding a mentor or role model as part of a solid career growth strategy.

“This is necessary not only to make women feel like the technology industry is a good fit for them, but to give them more confidence when it comes to salary and role negotiations,” says Collard. “While 85.5% of respondents would absolutely feel confident about seizing the opportunity for a promotion within their organisation, eight percent believed they shouldn’t try because it would go to a male colleague.

In addition, 70% believed that women could overcome the challenges in the industry by treating female colleagues as partners, not as adversaries, while nearly 35% said that it was important to find a tribe of like-minded groups and organisations.”

Women are increasingly finding their footing in the technology sector, but there remain legacy issues that should be dealt with today to eliminate gender from every technology conversation.