It Only Takes One Phish: Phishing Attack Results in Network Infiltration, IT Incompetence, and $217,000 in Paid Ransom Fees 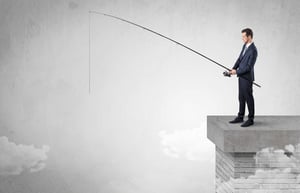 The recent attack on a Dutch university demonstrates much of what IT organizations shouldn’t do to avoid an attack.

According to Michiel Borgers, Chief Information Officer at Maastricht University, their network was the target of a phishing attack in October of last year that gave cybercriminals access to their network. The attackers “spent the following weeks exploring the systems and gaining credentials to access more secure parts of the infrastructure,” said Borgers. And in December, the university paid a ransom $217,000 to decrypt files.

Sounds like a pretty standard cyberattack story… until you hear all the things that went wrong.

A report on the attack, what should have been done, and what the university plans on doing moving forward was published this month.

The challenges above experienced by the university demonstrate how the problem only gets worse over time. The place to stop an attack is where it’s easiest – when it’s a matter of a single email and a single user. No thousands of potential alerts, no campaigns of emails to deal with… just one user and the decision of whether to click on an attachment or not.

Security Awareness Training is one of the needs outlined in the report. The university sees this training as the key “to reduce the number of successful malicious attempts to attack.”

Lots of things can and will go wrong with IT’s ability to respond to a cyberattack.The one factor that IT generally has no control over is the user.By putting Security Awareness Training in place, IT organizations regain a measure of control by engaging with the user to play a role in organizational security.