[Heads-Up] Scam Of The Week: Thousands Of Hacked Disney+ Accounts Are Already For Sale On Criminal Sites 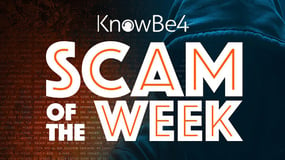 Apart from me, guess who has been anticipating the Disney+ channel?

Right. The Bad Guys. I admit I'm a Marvel Universe fan, and could not wait for Disney+ to come out. The first thing I watched were the two episodes of the Mandalorian... promising!

Disney started their video streaming service this week in America, Canada and Holland. They also announced four more Marvel movies for 2020 which all will be available through Disney+. They signed up more than 10 million users in their first 24 hours.

However, there were quite a few "teething" problems and hidden in the flood of tech support tickets was a malicious unexpected problem. 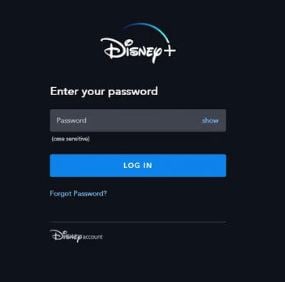 Many of these accounts are now being offered for free on hacking forums, or available for sale for prices varying from $3 to $11, a ZDNet investigation has discovered. Many users reported that hackers were accessing their accounts, logging them out of all devices, and then changing the account's email and password, effectively taking over the account and locking the previous owner out.

One Main Cause Of Hacked Accounts

Hacked users that were asked if they had re-used existing passwords (sheepishly) admitted that this was indeed the case. Yes, there were also incidents of machines compromised with key-loggers and there probably also have been simply automated attacks using known, hacked popular passwords.

Warn Your Users They Should Not Re-Use Any Passwords, And Especially Not Any Password They Use At The Office

Password re-use is a massive problem. Many of these are already hacked and available for credential-stuffing attacks. It's pretty much like taking candy from a baby at that point.

ALERT: Bad guys are stealing brand new Disney+ accounts. They are doing this mostly by trying to get into accounts using known, hacked usernames and passwords. Many people use the same passwords for many or all their websites. This is very dangerous to do, because if one gets hacked, they all are. Remember to never use the same password for your personal sites, but never ever use any password you use in the office for other things on the internet!

PS: Here are 22 more fresh tips to share with your users from our recent National Cyber Security Awareness Month. 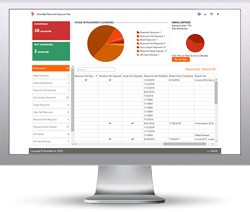 KnowBe4’s Password Exposure Test (PET) is a complimentary IT security tool that allows you to run an in-depth analysis of your organization’s hidden exposure risk associated with your users. Here's how it works:

Identify which users may be putting your organization at risk before the bad guys do.