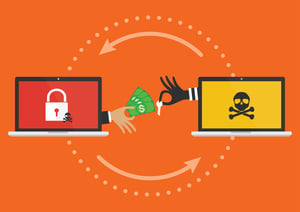 As attacks on the C-Suite decline, new data shows that employees in finance department roles are critical to the success of shifts in attack campaign strategy.

There’s one thing we’ve learned to be true about cybercriminals that use phishing emails as their initial attack vector – it’s that they always align their target victim with the campaign. From selecting the victim, to the choice of crime to be committed, to the social engineering tactics, every last detail is planned out to maximize the success of the attack efforts.

According to email security provider, Abnormal Security, in their Quarterly BEC Report Q1 2020, those cybercriminal organizations engaged in business email compromise attacks have changed their tactics – in some cases drastic changes:

With the overarching takeaway being that all your finance employees are the target of invoice fraud, there’s something tangible to communicate to that segment of your staff to avoid becoming a victim. But because tactics will continue to change as organizations become wise to attacks and other areas of businesses lax their sense of security, it’s important to keep the entire organization vigilant by enrolling them in continual Security Awareness Training, which educates them on the need to be watchful for suspicious content and offers up pertinent examples as attack trends change.